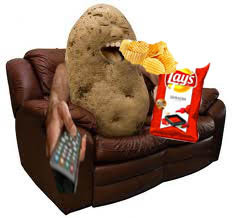 Hey Gronkowski,  want to get off the proverbial couch and provide a sure set of hands this year?  And what’s the deal with the injuries?  Two weeks ago reports surfaced from “sources” close to the situation that he was out because of the back still.  Now reports are surfacing from “sources” close to the situation that the team doctor and Dr. Andrews haven’t even cleared him to play because of the arm.  Now Gronk’s status is simplified all the way to “no changes”.  No changes from what?  Either way, the offense needs him in the game.

Currently, two New England Patriots players are among the top 10 players in the NFL in dropped passes.  See the whole chart here: http://www.sportingcharts.com/nfl/stats/drops/2013/

Looking further down, Julian Edelman makes the list at number 27 with 3 dropped passes.  He does catch 72% of his passes though, which is excellent.

Ironically, Denver has 2 among the top 10 in drops as well.  Decker is 3rd and Welker is 9th.

The staggering part of the whole situation is that Edelman, Thompkins, and Dobson are the mainstays of the offense right now, and averaged out they’re catching only 53% of passes thrown to them.  Amendola will help that situation, but it’s hard to ignore the fact that between the 3 biggest passing targets Tom Brady has to throw to right now, only 1 of every 2 passes thrown is moving the chains.  Not to make excuses, but there are a few factors that drag the numbers down a bit.  First, it’s understood that Brady will attempt to protect the ball.  Pass catchers have to learn to make the tough catches.  Second, in order to make those tough catches, they’ve got to be comfortable with the offense.  Thompkins and Dobson are making strides, but it’s evident watching the games they aren’t completely on the same page with Brady yet.  That should improve as they go.  Third, they face a ton of pressure right now.  Gronk, Vereen, and Amendola being out has forced Thompkins and Dobson into a very tough spot for rookie WRs.  Fourth, and most astonishing, is that Brady hasn’t been his usual self.  His throws have been off at times.  Guys are being targeted, the throws are in the area, but some of them are just bad.  Brady has to give his young guys a better chance to make plays.

Moving forward, the offense needs to get better in all aspects.  Nate Solder got smoked by the Bengals.  It happens.  Mankins showed his gritty side against the Jets, but he hasn’t been his usual self since.  The untimely turnovers have got to stop.  The rookie WRs need to get better, but that will take time.  I believe they will.  The return of Vereen and Amendola will be a boost.

Mostly though, the Patriots need Gronkowski to get off the couch.

Ryan Tannehill: By the Numbers
Game Predictions Around the League