So how did our AFC East rookies fare? 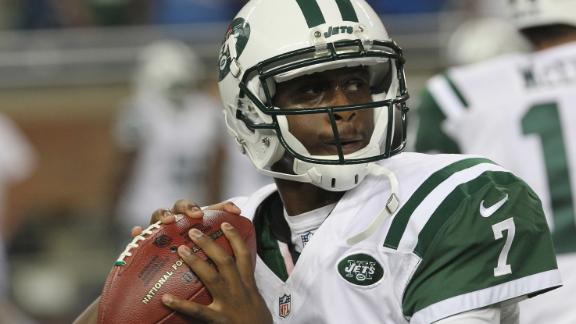 [/dropcap]Geno Smith led his team to victory against the Bucs and for a team with not much talent, he did better than expected. He completed 24/38 for 256 yards and threw for a touchdown and also added 47 yards on the ground. In the beginning of the game he did not look good.  He had a fumble near his own endzone and threw an interception that should not have been thrown – He also tried to do too much which led to 5 sacks. However, he learned from these first half mistakes and in the second half he stepped up his game. Geno led the Jets to two field goals that ended up being crucial and did not turn the ball over. Even with the lack of weapons the Jets have, Smith made the best of his first start in the NFL. Even though he was facing one of the worst pass defenses in the league (Ranked 23rd in 2012 according to PFF), it was still important for his confidence to have success in this game. He was also able to make plays with his feet, scrambling for 46 yards,  but the most important one was near the end of the game where he gained ten yards that proved to be enough to get a FG (a late hit penalty also helped.) Overall I would say Smith grew up in this game and at the worst, they have a better starter than what they had last year. [/dropcap]EJ Manuel sadly did not lead his team to victory losing to the Patriots 23-21. He like Geno made some mistakes early the only difference being that Manuel was playing the Patriots not the Buccaneers. There were some passes he threw that should have been intercepted and some badly thrown balls. However him being a rookie those mistakes are expected. When it mattered though, EJ was able to move the ball with a combination of his legs and arm and showed good touch on his two TD passes. The offense did look too conservative and while 18/27 is a good completion %, only throwing for 150 yards is not going to do it in the NFL against a top scoring offense. Hopefully as the season evolves the offense opens up for him as EJ looked good on the deeper throws connecting with Robert Woods and Stevie Johnson for TDs on 18-yard throws and a nice 19-yarder to Scott Chandler that led to one of those TDs. The most important thing is that he did not turn the ball over.
Overall I would say both QBs passed the test on their first week. Geno put the team on his back when it counted while EJ handled the offense given to him and put the Bills in a position to win the game. Hopefully as the weeks come, they both improve and give the AFCE two more good QBs not making the division be such a laughingstock. For now, at least, the future looks bright.