Jason Worilds had the transition tag placed on him by the Pittsburgh Steelers just eight days before the start of free agency on March 11th. (Image courtesy of Zimbo.com)

There is a lot to understand when it comes to anything involving the NFL salary cap, franchise tag, or transition tag, but this you probably already understand: The Pittsburgh Steelers must really think highly of Jason Worilds and not so much for LaMarr Woodley.

On Monday, it was announced that Pittsburgh placed the transition tag on Worilds, a free agent linebacker who had one of his best career years last season as he racked up eight sacks after only achieving ten in his first three years.

As reported by ESPN.com and other sources, the transition tag for linebackers in 2014 is $9.75 million. The tag essentially gives Pittsburgh time to match any other offers tendered to Worilds by any other team. However, if the Steelers fail to match any offer, then the result would be that the Steelers will not receive any compensation. For Worilds, this means that nothing should inhibit his search for top market value since there won’t be any potential high pick attached to his deal.

Now the tag in-itself does not guarantee anything to Worlids as far as the Steeler organization is concerned, but still an interesting development to be sure, especially since he is still under contract. Add in the fact that the Steelers already spent their first round pick in the 2013 draft on outside linebacker Jarvis Jones making it even more interesting. 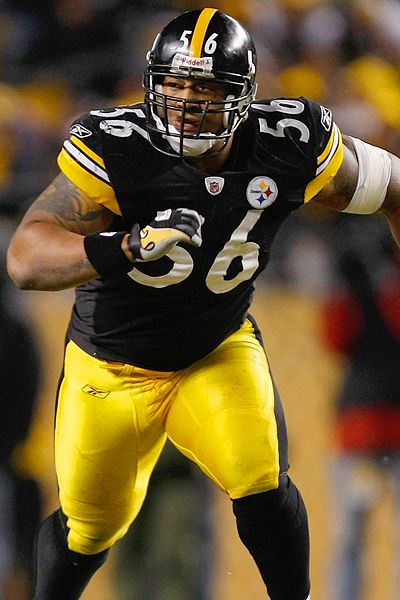 Woodley on the other hand comes with a high cap number attached to his name, but the Steelers can’t really avoid taking the hit no matter what they do no matter when/if they decide to release him. The one thing however, the Steelers are known for is restructuring deals with players already under contract like they already did with Heath Miller giving them much needed salary cap breathing space.

One can be sure that at this very moment, creativity is being sparked at the Steelers South Side facility looking for ways to get a deal sealed with Worilds and dismiss Woodley.

At least we all know that boring is not part of the Steelers dictionary when it comes to off-season moves.